Last year when I recorded Westbound, I went down to California with the band and producer to a little town called Buellton, outside Santa Barbara.  Actually we were hanging around a triangle of three towns, Buellton, Solvang and Los Olivos.  It’s the wine growing region – lesser known than Napa I guess – where the movie Sideways was filmed.  It’s the stomping ground of Bear Erickson, who runs Erickson Sound Labs in a small industrial park surrounded by wineries.  Bear welcomed us with wide open arms, and brought us into his world, where he seemed to know everybody.  He made us feel at home at his landlord’s quirky mansion up in the hills, where we stayed for five nights, and took us wine tasting at his friend’s bar and to some of his other haunts. 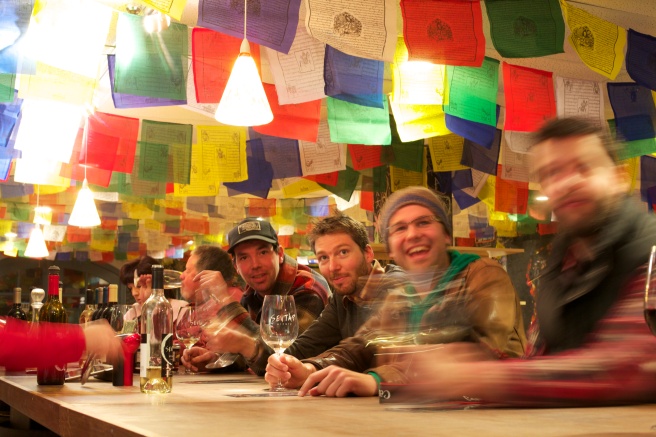 He was a great host at his studio, professional but casual, making the place feel like ours during our time there.  The studio space includes his workshop, where he and his dad make their own unique guitars.

This entry was posted in Uncategorized. Bookmark the permalink.